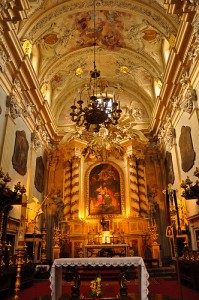 Thank you for joining us in the St. Anne Novena, one of our very favorite novenas!

We hope that St. Anne’s intercession has brought you peace and comfort.

If you experienced an answered prayer during or after this novena, please share it with us all below! We must praise God, and give Him all the glory, for all the good things He is doing in our lives.

We know that for every answered prayer we share, there are many other unanswered prayers too; and we know how discouraging that can be. We don’t want you to lose hope or to stop praying.

In fact, nearly all of the Saints that we ask for intercession are incredible examples of how we should persist in our prayers and keep our faith strong. St. Anne, for example, prayed for decades to conceive before God granted this desire of hers (which would become the Blessed Virgin Mary!).

Now, if you have had some prayers go seemingly unanswered (you’re not alone), and you’ve been asking yourself, “Should I just stop praying?” — here’s a post I wrote that may be able to help:

Thank you for joining us in prayer!

We are praying for you.