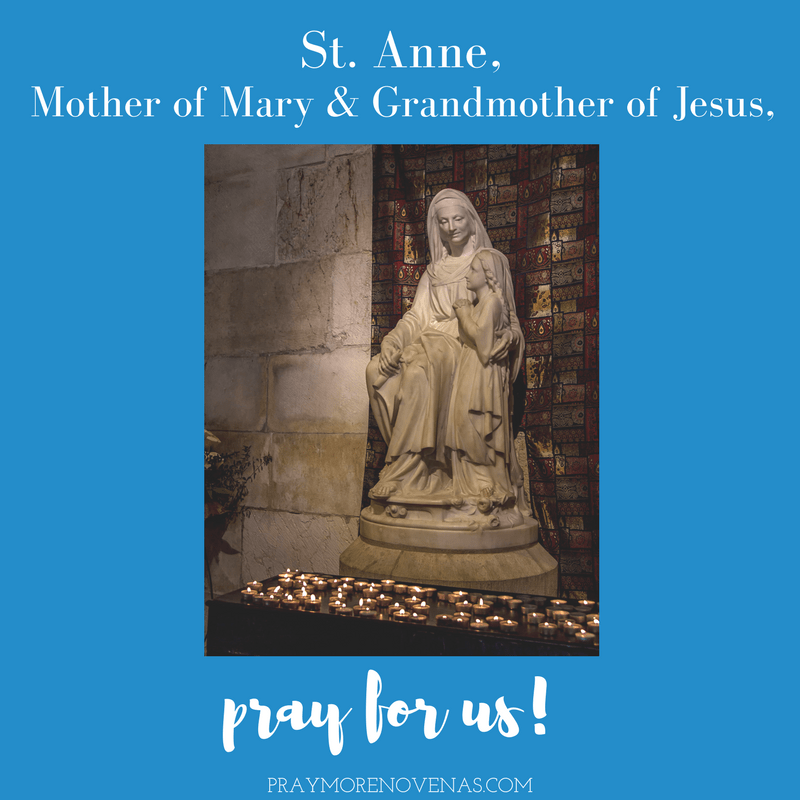 Thank you for joining us in praying this novena to St. Anne, the mother of Mary and Grandmother of Jesus!

If you’ve had any prayers answered throughout this novena, please share those with us all below!